Blockchain: A Revolution or a Fizzled Canon?

Have you heard about Bitcoin? Wrong question. We think you are tired of hearing about Bitcoin. And if that’s the case, you probably haven’t escaped the term ‘Blockchain’ as well: when we talk of Bitcoin, blockchain automatically enters the conversation. But is blockchain only relevant to Bitcoin? Definitely not.

Cryptocurrencies in general are getting a lot of attention, but blockchain (more formally known as distributed ledger technology) is a more significant invention, that has the potential to address a wide range of cyber risks by automating transactions, securing ownership records and offering identity authentication through an immutable ledger that can either be publicly accessed or accessed by permitted users. Hence, we now have a secure, decentralized public network of exchange that anyone can join or build upon.

A new mechanism for ‘Trust’

Trust is the foundational brick of business. Yet, retaining it—especially in a global economy that’s undergoing breakneck digitization—is pricey, tedious, and often, inefficient. Yes, the ideas surrounding the blockchain sound perilous, high-reaching, and utopian. But the blockchain trust economy embodies the crying need to shift power from large, centralized institutions to individuals.

Blockchain can gives us a world in which all vital information is embedded in digital code and stored in transparent, shared databases, where they are protected from deletion, tampering, and revision. So unlike traditional ledgers that strive to embrace privacy, Blockchain stands for “open” but secure transactions.

It is widely believed that we are looking at a technology that could enable unbanked people to participate in wealth creation, create a robust, foolproof system for sharing intellectual property, and shift power from corrupt third-parties to individuals from all around the globe. If molded as a tool to fill gaps, both societal and technological, it holds vast a promise for businesses, societies and all of us individually

Never before has a “back-end” technology created such a large footprint in the public media. We’ve read that blockchains can reshape the world, reinstate public administration, do away with corrupt systems, end poverty and do a lot more without breaking a sweat. Blockchain seems to be enjoying the reputation of an ‘Infinity Stone’!

It wasn’t a surprise when Tech Pro Research in a recent survey revealed that almost 64 percent of the professionals were affirmative that distributed ledger technology would affect their industry in some way, and a large section predicted a positive impact.  On the other hand, 70 percent of professionals who were interviewed had not used the technology. But they weren’t ignorant towards the prospects of Blockchain technology.  Skeptics point to these two points to support a doubt if the excitement is justified. 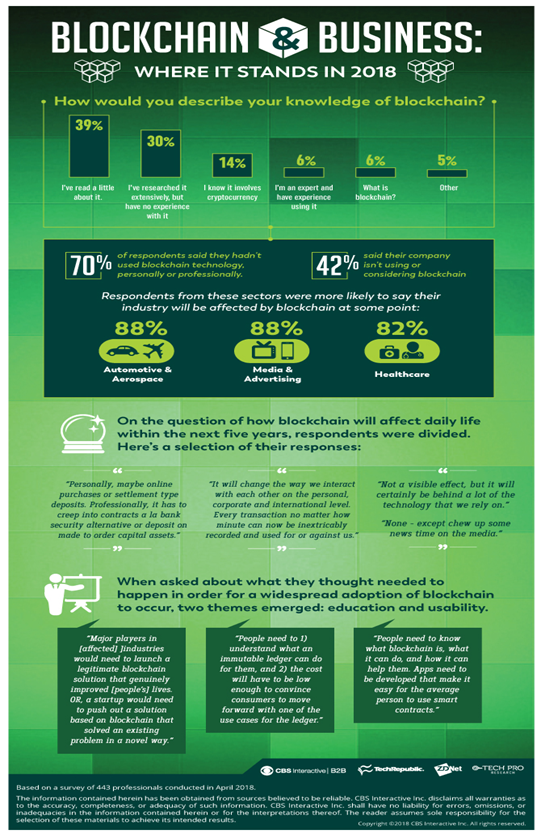 Despite this murkiness, industry leaders are moving in a way that shows that they are highly optimistic about this technology and are working out an approach to integrate IoT, AI and big data into the blockchain nexus. Airports in Europe as well as Asia-Pacific are investing in digitalizing operations using blockchain technology, creating a trusted network for storing biometric and other personal data. Even healthtech industry is leveraging this technology to avoid data being manipulated. FarmaTrust, a Blockchain-based global tracking system utilizes AI and big data analysis to prevent counterfeit drugs from entering the supply chain.

Technology giants are leading the race to implement distributed ledgers, setting a trend that others will have to follow. In the recent Sapphire Now Annual Conference, SAP launched its SAP Cloud Platform Blockchain that aims to integrate its various products with Blockchain capabilities. Also, Infosys Blockchain addresses Blockchain and adjacent technologies including shared ledger, distributed ledger and smart contracts. Microsoft too boasts its BaaS (Blockchain-as-a-Service) for developers enabling them to build DApp (Decentralized Applications) quickly. 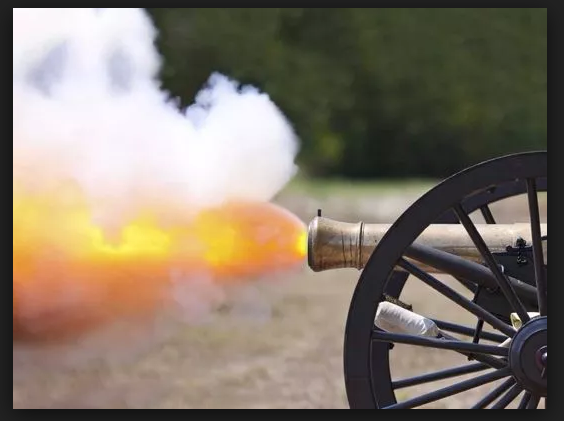 So, is the “blockchain revolution” for real? A similar question would have been asked in the 90’s, when the world was starting to witness the Internet boom, skeptical of its growth and the threats it could pose. But blockchain technology has the potential to grow as a life-changing tech, hence it is foundational, not disruptive.

Brace yourself for a world with no Uber – just you paying the driver, and no Expedia – just you booking your flights and hotel room via a self-executing smart-contract. No matter what the context, it’s only a matter of time before you unknowingly reap its benefits. Now the million-dollar question is: When?

Redmond, WA — June 27, 2019  Blockchain Technology to IoT Security: Huirfy Digital Markets, Inc is pleased to announce that the company has signed licensing agreement with Emercoin Technologies to explore the use of Emercoin Blockchain solutions for Hurify IoT […]

Blockchain Technology Adoption: In the last few days, there has been lots of buzz in the cryptocurrency industry. Facebook in June has unveiled its plan to enter into the world of blockchain based cryptocurrency with a new coin […]

Blockchain Technology for IoT Security: Many of you would have heard all of the terms such as blockchain, security, secure IoT data, cryptocurrency. However, the popularity of these latest technologies has been on the rise and bound to […]

Leading IoT Blogs: IoT is advanced as well as substantial innovation. If you are new to IoT and searching for a place to start figuring out and even experienced, then this blog website list will help you to […]